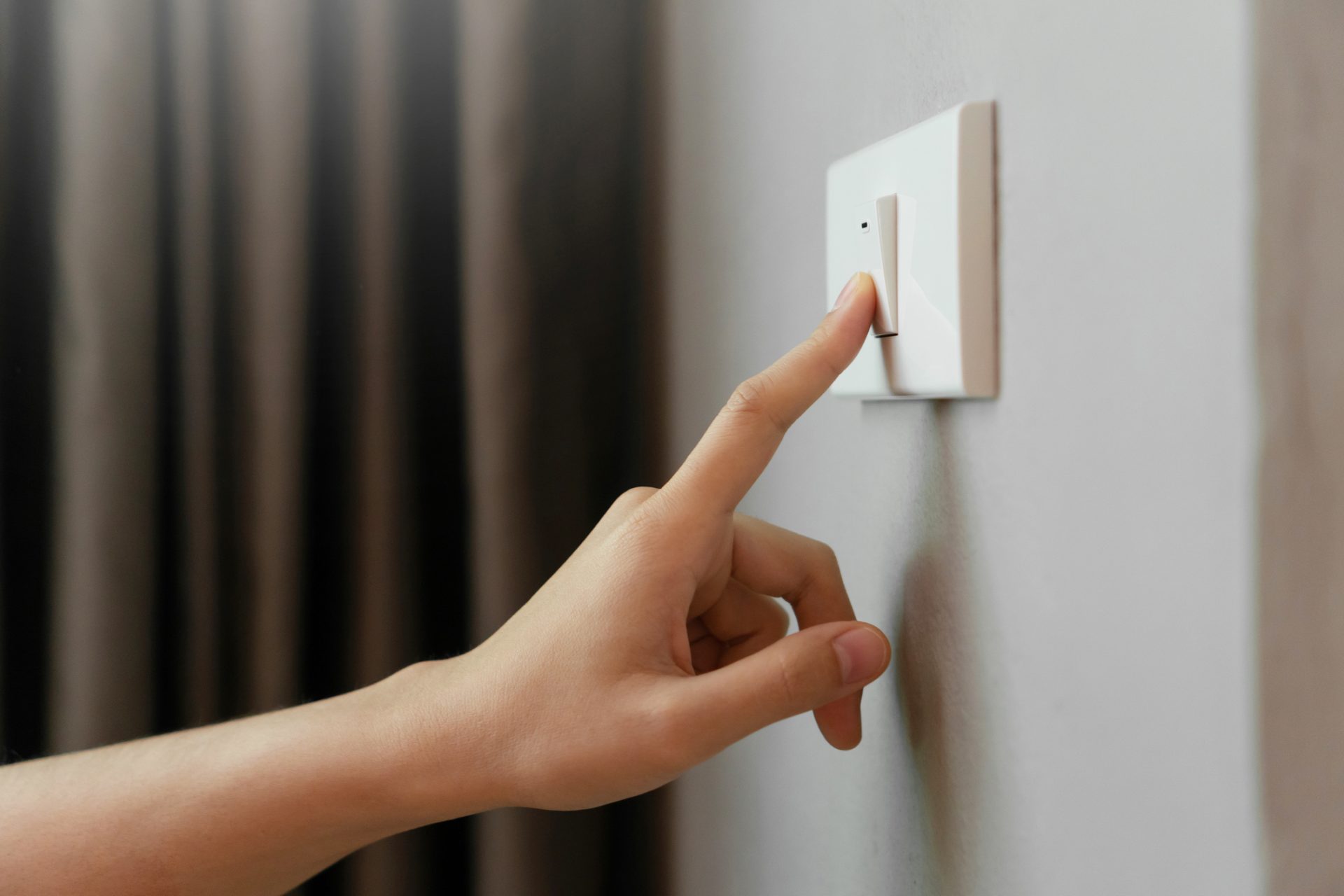 4 Types Of Electrical Switches In The Home

You may turn to your favorite residential electricians in Wichita for all of your home’s electrical needs, but this doesn’t mean you should remain in the dark about your electric system. Learn more about the four types of electrical switches, and you can take better care of your electrical system. In the future, you can enjoy lower repair bills and fewer electrical problems.

In theory, wall switches are simple devices. They’re what give you control over your electronics, turning on and off devices with the push of a button. However, switches aren’t quite as simple as they sound. In fact, there are several types of switches. There’s the push-button, rocker, and toggle switch. Typically, the style of the switch doesn’t have an impact on the wiring or the function of the switch.

When most people think of electrical switches, they think about lights. But switches control electrical currents and can control current to an electrical outlet. Your switches could turn on a floor lamp, turn off an appliance, and much more.

The Four Most Common Switches

Here’s a closer look at some of the electrical switches often found in homes:

This switch is what you might find to control a light or receptacle from one location. If you look at the switches, you’ll see the on and off toggle switch. Very few of the other switches have on and off markings, but you should also know that not all single-pole switches have those markings.

Inside the switch, there are two brass-colored screw terminals. They connect with the hot wires, which are often black. Under most circumstances, a single-pole switch will have a ground terminal that connects to the ground wire.

These types of switches don’t have on or off markings because they have varied uses. You can use a three-way switch to control a light or receptacle from two places. It has three brass connection points.

Generally, you can find three-way switches in pairs. You might find one switch at one end of the hallway and the other at the other end. Or, as with could be at the bottom of a staircase and at the top. Each switch in the pair controls the same light or outlet.

The other terminals are travelers, and they are the same. All of the travelers are hot wires and should only be handled by commercial electricians in my area. If you need to replace a three-way switch, you should call a professional. They will mark the wire attached to the COM before getting to work.

The toggle of a double pole switch has on and off markings, and it controls a single location. There are four brass terminals. Although this type of switch is most often used for industrial purposes, it sometimes occurs in residential applications.

There are four hot brass terminals in a double pole switch, as well as a ground terminal. You can connect to the wires of a 240-volt circuit with this setup.

This switch has no on and off markings and has the ability to control a light or outlet from three or more places. It has four brass terminals and is fairly rare. Typically, you can find four Way switches in long hallways and rooms with multiple entrances.

If you want to be able to control a light from five places, you could use two three-way switches and three four-way switches.

The switch resembles a double-pole but has four terminals and a ground terminal. While a three-way switch has a COM terminal, the four-way switch does not. If this sounds a little complicated, that’s because it is. It takes years of training to fully comprehend how the switches in your homework.

What Switches are in Your Home?

Fortunately, you’re not on your own. If you work with a professional, you can get advice on your electrical system. You also have access to answers to all of your questions.

Are you interested in learning more about your electrical system in Wichita? Whether you want to know about switches or you have a question about making an upgrade, you can count on us at Ek Services. Our team of residential electricians is always here to help you. Call us today and learn more.