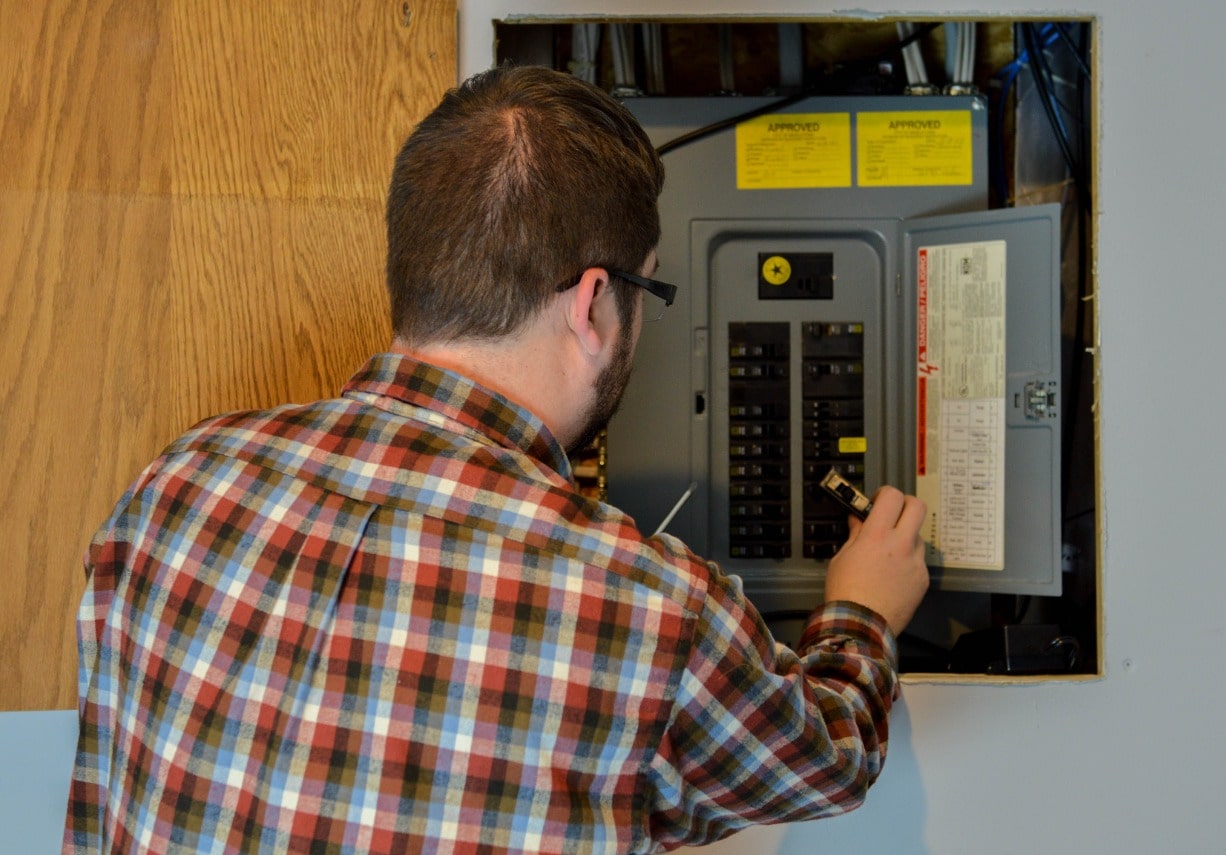 The Ultimate Guide to Understanding the Fuse Box in Your Home

People tend to either overestimate or underestimate their fuse box. However, there’s one common trend – people don’t really understand their fuse boxes. Whether you’re experiencing trouble with your fuse box or you simply want to know more about your Wichita electric, there are a few things you should know.

What is the Fuse Box?

All of the wires coming from your utility provider need to go somewhere. For your safety and for the electricity to properly work, the utility wires enter your home through a box on the wall. Known as a fuse box, this receptacle is where all of the wires inside your home go. Every light fixture, appliance, and outlet has a wire that leads to your fuse box.

Other names for the fuse box include the service panel, junction box, and breaker panel. If you want to get technical, this box isn’t a fuse box at all. A fuse box contains fuses, but this junction box contains breakers.

In literal terms, a fuse box would be a box that contains disposable fuses. To shut off power to a circuit, you would need to remove the fuse by hand. In the event of an overloaded circuit, a fuse in the fuse box could blow. The only way to fix the issue is to replace the fuse.

Breaker boxes, which are often mistakenly called fuse boxes, have switches. When you need to isolate a circuit, you simply flip a switch. You don’t need to deal with any fuses, and turning on or off circuits is as easy as it gets.

Additionally, the panel can detect an overload or short in the system and trips the circuit. Instead of having to replace a circuit, the only thing you need to do is replace a blown fuse. It prevents fires, shorts, and other electrical problems.

Where is Your Breaker Box?

When you move into a home, one of the first things you should do is find out the location of your breaker box. In fact, you should do this before you buy a home. Even though you will have someone inspect the home before you buy it, you may want to view the break box for yourself.

So, where is the breaker box? Typically, you can find this box in a hidden area of the home. Common locations include the garage, basement, and laundry room. If you have an older home, there could be subpanels for each floor or area.

You may not be able to find the breaker box on your own. In this case, call your favorite Wichita electricians for help. They will know where to find your fuse box and can tell you more about your electrical system.

What’s Behind the Door?

It’s not enough to be able to identify the location of your breaker box. To fully understand your fuse box, you need to know what’s behind the door of the panel. There are a few things you can expect to find when you open up a breaker box.

First, you have the main switch. Flipping this switch allows you to turn off the power to your entire home. Before you decide to test out this switch, consider the implications. You will lose power to everything from your refrigerator to your air conditioner.

Then, there are the fuses. The fuses are lined up next to one another. If a fuse blows, you can see melted metal or burn marks through the glass covering. Changing out a fuse involves unscrewing it and replacing it with a new fuse.

Finally, your breaker box has circuit breakers. Each column of circuits has switches with on and off labels. If a circuit trips or someone turns off the circuit, the switch will be in the off position. When all of the switches are in the on position, your entire home should have electricity. Resetting a tripped breaker is as easy as flipping the switch into the on position.

What Are the Types of Fuses?

A fuse box can use one of several types of fuses. If your home has 120 or 125 volt circuits, you probably have Type-T Edison base fuses. Type-S rejection base fuses are the fuse and an adapter for an Edison socket. Meanwhile, cartridge fuses act as the main fuse. They control the power to the fuse box and work on 240 volt circuits for appliances.

Although it’s always good to know about the types of fuses, you don’t need to become an expert. You shouldn’t try to work on fuses or your fuse box by yourself. When it comes to electrical work, there’s always a danger of shock and fire. It’s best to consult with an expert to handle all of your electrical needs.

Individuals who live in older homes may need to replace their fuse boxes. Years ago, electrical systems weren’t as safe as they are today. And over time, your fuse box could deteriorate. At some point, you may want to replace your fuse box with a new one.

You know it’s time to replace your fuse box when circuits trip repeatedly. Or, you can preemptively replace your fuse box. Doing so could save you on future repairs and make your home a safer place. Old homes didn’t have the high needs of the homes today, so they can’t withstand huge loads.

In any case, you can count on a professional to get the job done. Replacing a fuse box is no easy task and takes the expertise of a seasoned professional. They know how to safely replace your box and get your home up to code.

Here at Eck Services, we have an experienced team ready to help you repair your electrical system. Furthermore, we take the time to explain how your system works. If you have questions about your fuse box or any other components, ask us.